Tuesday, 5/28: All day field trip to Plimouth Plantation and the Wampanoag Homesite. 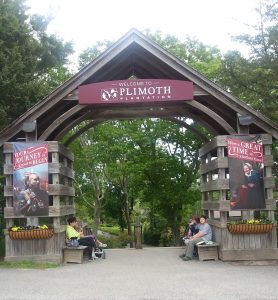 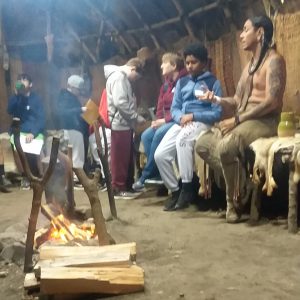 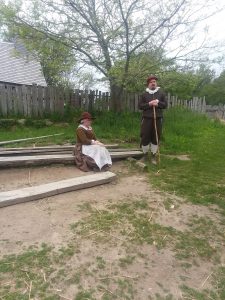 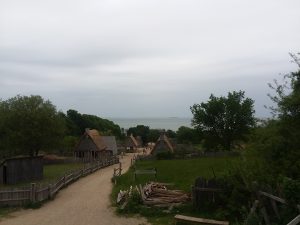 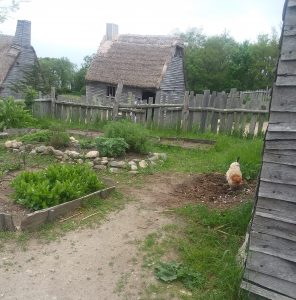 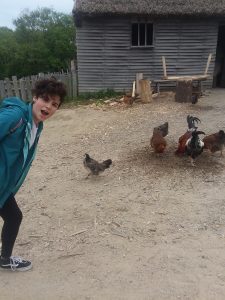 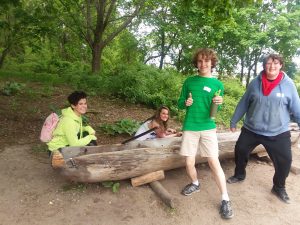 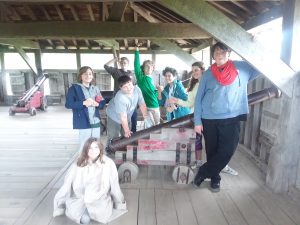 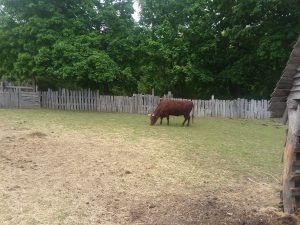 After starting a day with a poem and creative writing, students enjoyed fun career-based activities with Meghan from Junior Achievement. 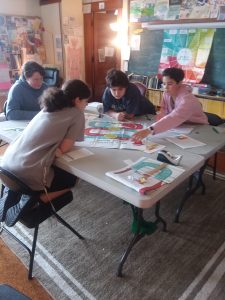 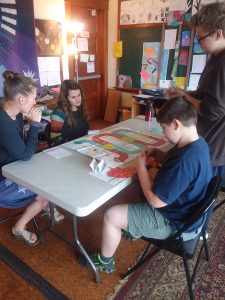 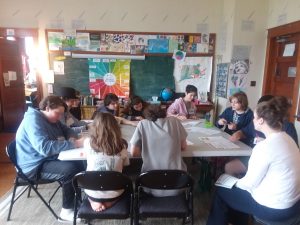 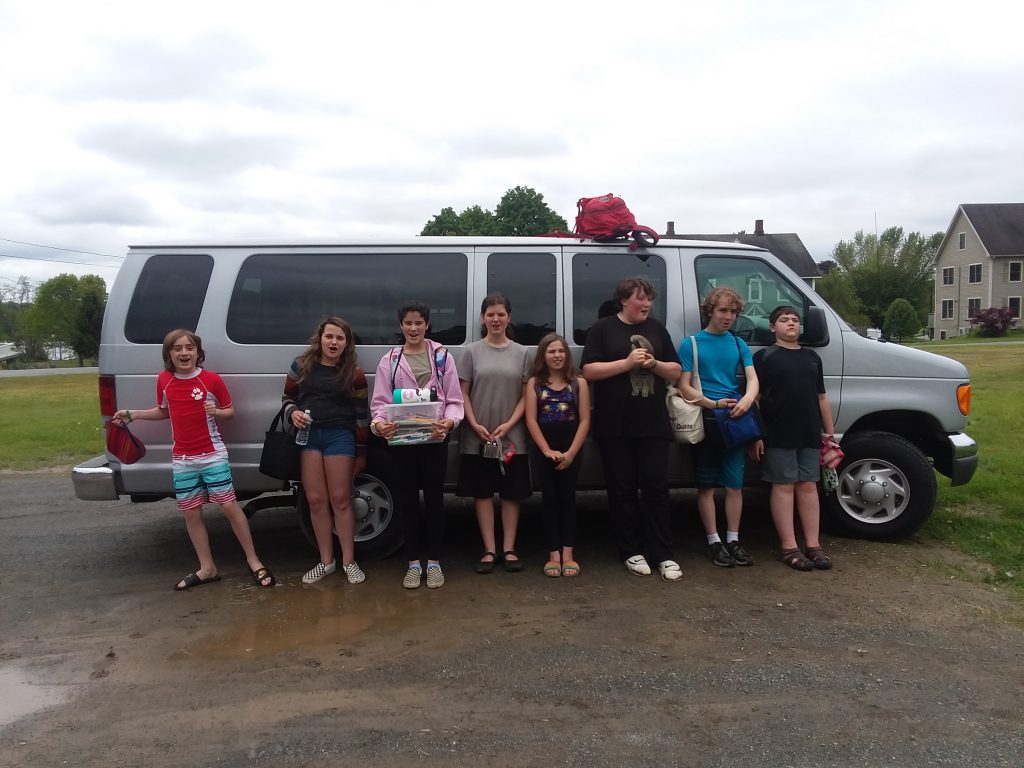 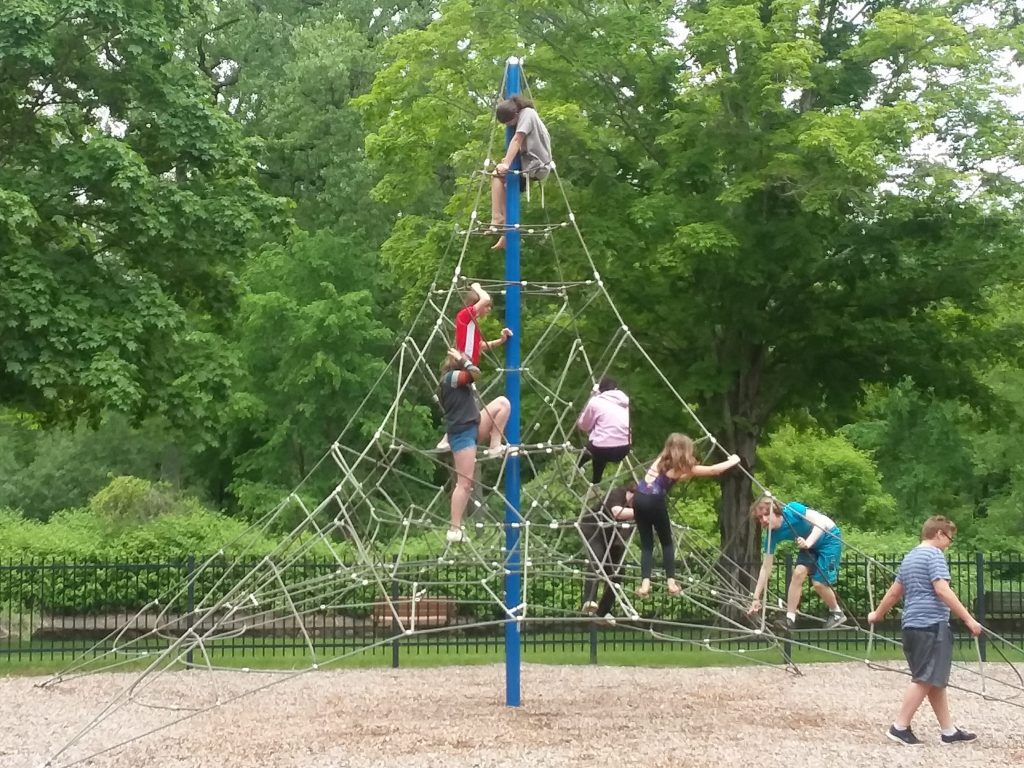 We started our morning with a poem and writing and then did report cards. At Four Winds, students fill out their own report cards which gives them a chance to reflect on their year and set goals for the next! After taking a break for snack, students finished up their letters to our senator and representative about changing our state flag, which was a great way to culminate our year’s curriculum about local native peoples and European colonialism. (Interested in this topic? Learn more at changethemassflag.com.) Here is the text from one of the letters that we wrote as a class:

We are the students of Four Winds School, an independent middle school in Gill, Massachusetts. This year we have been studying King Philip’s War and the relations between the native people of New England and English colonists in the 17th Century. We have learned about the atrocities performed against native people by Europeans and how it affects today’s society. Therefore, we believe that the Massachusetts state flag is disrespectful towards Native Americans.

The only reason we are here today is because European colonists wiped out most of the Wampanoag and their neighboring tribes. Currently, the image of Myles Standish’s broadsword being brought down on the depicted native person makes it appear as though we are proud of this dark period in our history. Myles Standish, the Pilgrims’ military advisor, was known for enjoying the slaughter of Native Americans, and he should not be honored in such a way on our flag.

The motto written in Latin on the flag, which starts, “By the sword we seek peace,” suggests that we think that this violence was necessary to achieve “peace.” Massachusetts has evolved past physical violence towards native people, but some still disrespect native culture. For example, tribes present in our state include the Wampanoag, Narragansetts, Nipmuck, Abenaki, Pokanokets, and the Massachusetts, while the face of the native person on our flag was drawn based on a Chippewa person from Montana. Also, the proportions for the Native American depicted on the flag came from a native person’s skeleton dug up in Winthrop, MA. This is disrespectful to the deceased person and their descendants. Massachusetts has now recognized the immorality of grave robbing, so it shouldn’t be represented on our flag.

We are proud of our state’s political awareness, but our flag is holding us back! We are the next generation of voters and would appreciate your support of Resolve S.1877. By signing this bill, which would establish a special commission for the purpose of reexamining the flag, you will be supporting Massachusetts’ native population as well setting an example for generations to come.

Thank you for your consideration.

After finishing our letter, students set to “super cleaning” the building and setting up for graduation. Their hard work and determination was rewarded by an ice cream and curly fry party! We ended our day by hanging out at nearby Unity Park for the rest of the afternoon. 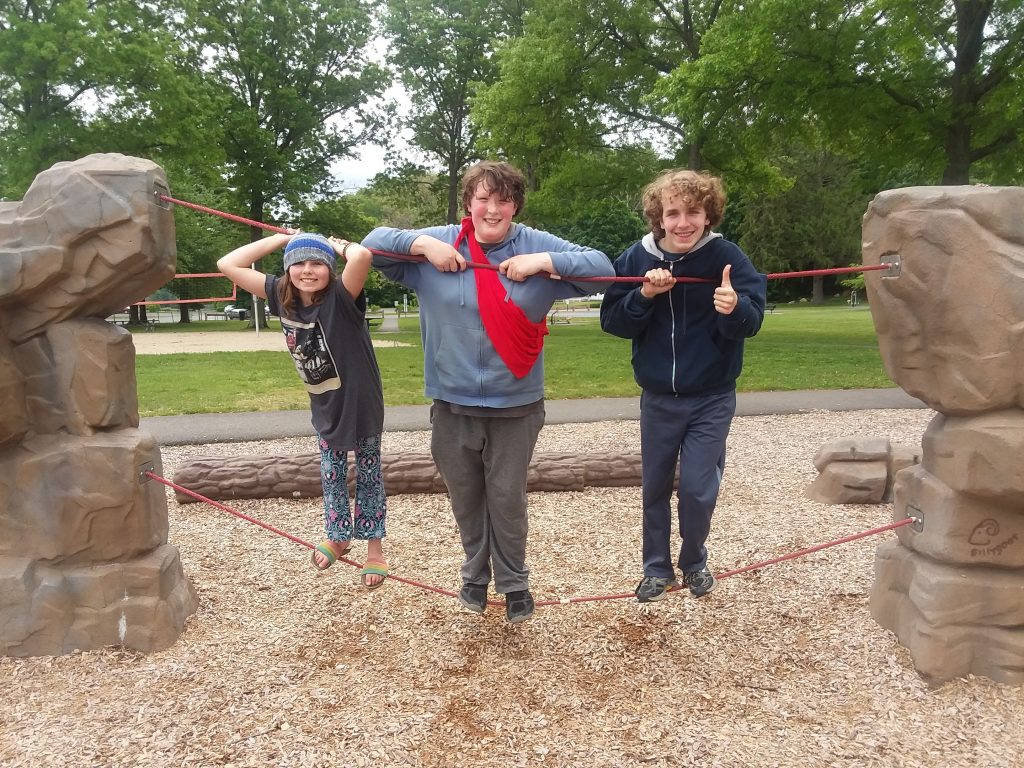 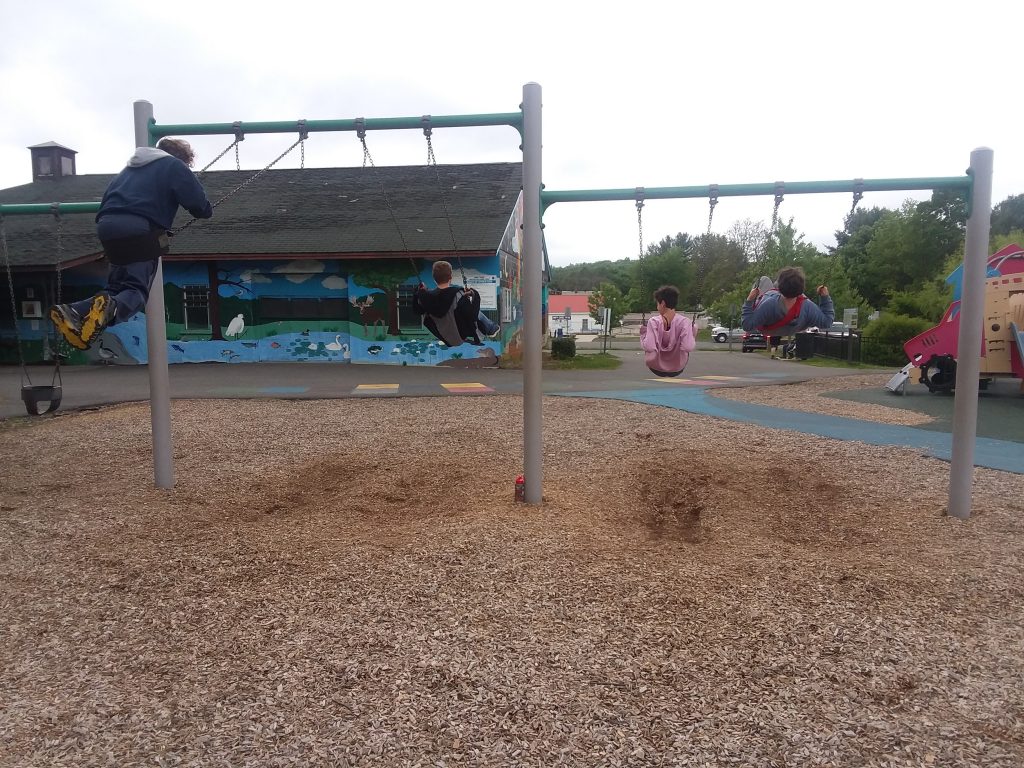 We had a lovely graduation ceremony on Friday evening at the school. Curious about where students go after graduating Four Winds? Check out our new Alumni page where you can see what schools students have gone to for high school and college, as well as read stories from different alums who are in various stages of their lives. 🙂
Overall it was a great week to end a great school year! Stay connected with Four Winds over the summer at the following events (below), and have a wonderful summer vacation!