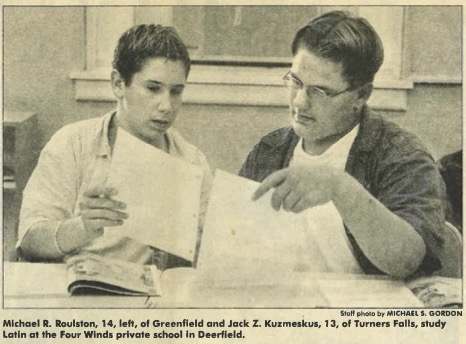 by William Sweet of the Sunday Republican (2000)

DEERFIELD – Four Winds School with seven students and one room is about as small as a school can get and not be called home-schooling. It’s not an old-style one-room schoolhouse, but rather a new school for seventh- and eighth-graders, in a single room rented at the old Deerfield Elementary School, now owned by the Pioneer [Pocumtuck] Valley Memorial Association.

Steven Hussey, who opened the school Sept. 6, [2000] admits to the school’s last-stop-before-homeschooling feel and takes pride in what he is trying to do. “It is very, very immediate and focused on what each student needs,” he said. “At most schools, freedom isn’t the point.”

After two years, we relocated from Deerfield to the Riverside Municipal Building in Gill, MA 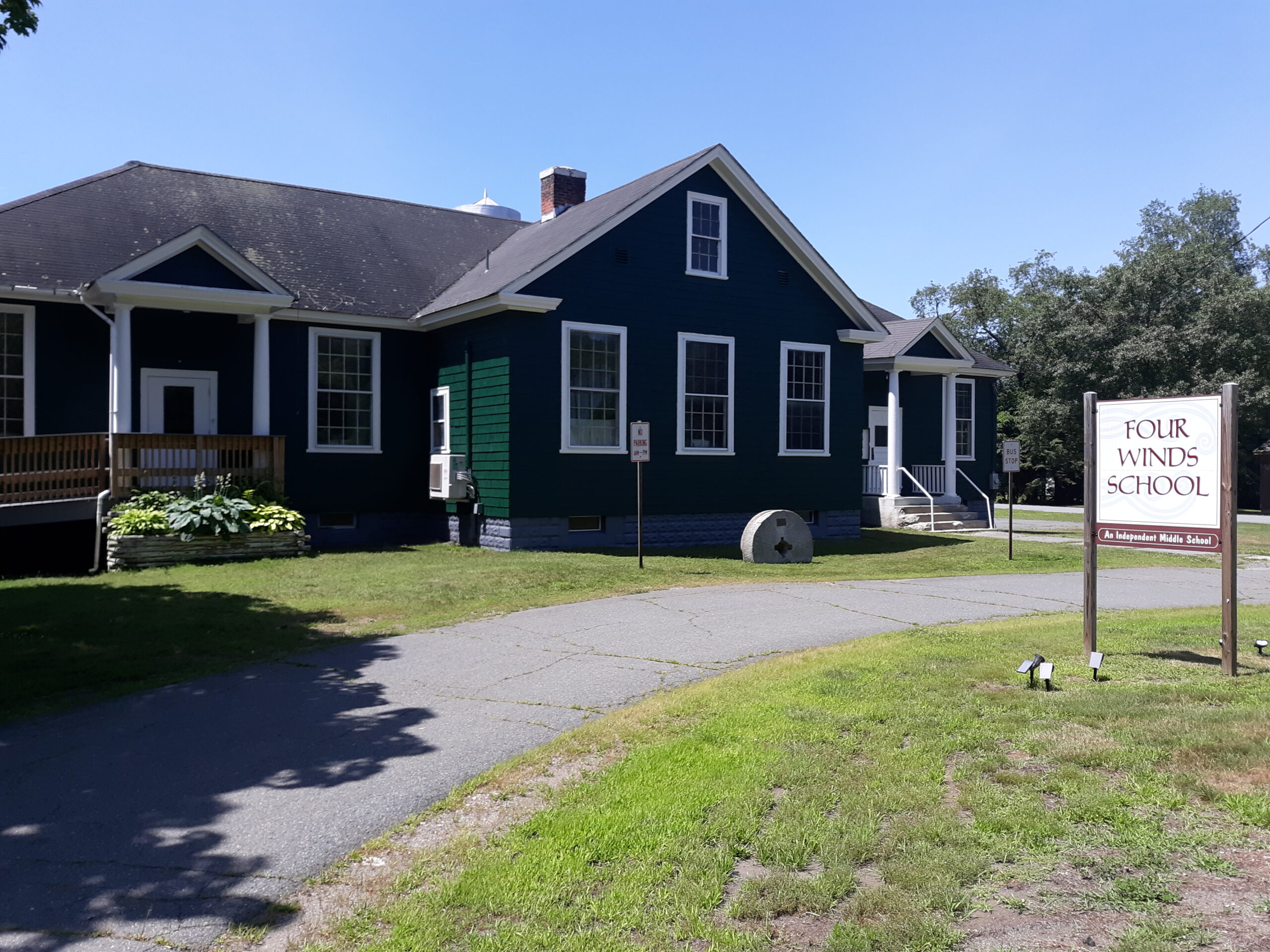 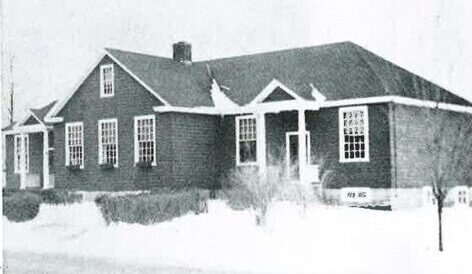 Courtesy of the Gill Historical Commission

“‘New’ Riverside School, built in 1926. The school with three classrooms and a full basement was painted green. As with the previous school building (district No. 6), this one was also used for non-school-related meetings, such as the Riverside Water District and the Riverside Cemetery Association. Today the building is called the Riverside Municipal Building and houses the Gill Historical Collection, the Water District office, and a small, independent school — Four Winds School.” 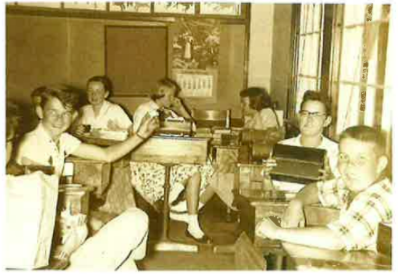 Courtesy of the Gill Historical Commission and Karen Forslund Falb

“Inside the Riverside School in the late 1950s, Ernie Hastings, future Gill highway superintendent, is raising his hand.”

Pictures and text from page 141 of Riverside: Life along the Connecticut in Gill, Massachusetts (2016) by Lynn Stowe Tomb and Pamela Shoemaker of the Gill Historical Commission, with whom we share the building. 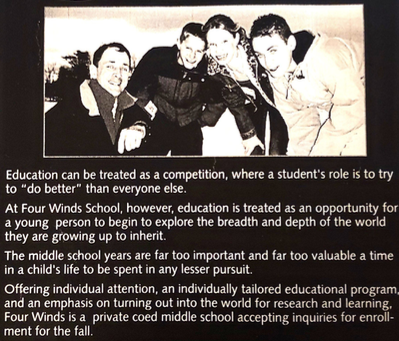 by Betsy Calvert of the Springfield Republican (2003)

GILL – Four Winds School was expanding and by all accounts a successful by tiny private middle school until two things happened in neighboring Greenfield. A charter middle school of a similar name opened this fall, Four Rivers Charter [Public] School. Also, an elite day and boarding school for girls, Stonleigh-Burnham [School], made a historic decision to add a middle school to their high school. As a charter school, Four Rivers’ charges no tuition. Stonleigh charges $24,000 for a day student, with lots of financial aid. Four Winds charges $8650 a year, with no financial aid [at that time].

by Karen P. Chynoweth of the Greenfield Recorder (2004)

GILL – Four years ago, teacher Stephen Hussey took an idea and turned it into a school. “I’d been a teacher for 14 yeas and the thing that always frustrated me as a teacher was that even in a small group of 15 kids, there is a huge range of skill level and a huge range of how kids learn. There are always kids left behind and there are always kids that are bored,” Hussey said.

GILL – The Four Winds School at Barton Cove has received its first grant, $8,000 from a private charitable foundation in Wilmington, Del. Stephen Hussey, director of the private middle school on Route 2, said it would use the money for scholarships.

The grant, from North Pond Foundation, is a matching grant. Hussey said the school has started a fund-raiser [sic.] from among the school community. His goal will be to establish a scholarship fund for school tuition, he said. Currently, tuition is $8,650 a student, he said. The school, now in its fifth year, has 11 students. 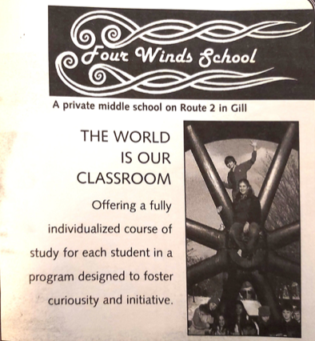 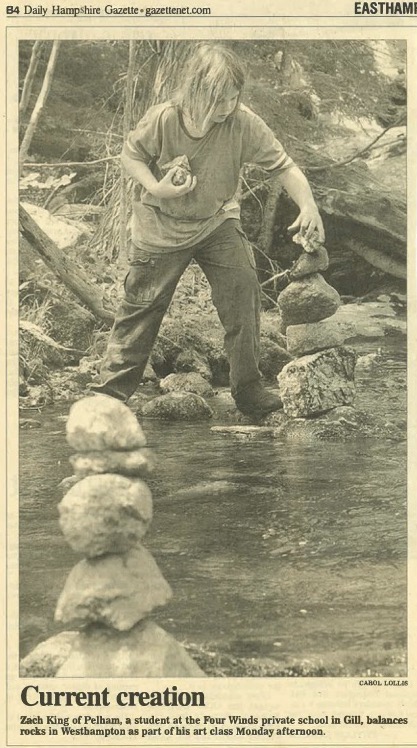 by PATRICIA STACEY
Author of “The Boy Who Loved Windows”
Northampton

Several years ago, my happy, well-adjusted daughter entered middle school and fell off the side of an emotional cliff. Suddenly she was thrust into a world of smokers, ditchers and people who ridiculed her for taking school seriously. I wish I had known then about the existence of a truly excellent option for middle-schoolers – Four Winds School in Gill.

My son has attended for a year and is devoted to Steve Hussey, the founder/teacher of the one-class school of 13 students as well as to Eloise, poet and writing instructor. I have never seen kids so happy to be at school. They actually stall when it’s time to bring them back from Gill (half come from Northampton). We’re happy to carpool the one-half hour because our kids are so happy, challenged and involved.

Each child works at an individualized level – some vastly ahead (one eighth-grader breezed through four years of Latin and was writing and creating books) and some behind in areas like math. In the afternoons, they have mock trials, study constitutional law, meet with guest writers, chess masters, immigrants, play elaborate role-playing history games and travel to museums, factories, farms, water treatment sites, historic bridges and mansions. I hope that some families will be able to take advantage of this powerful school that manages at once to promote strong community values (with no teasing) and independence for learners of all stripes.

We’ve now been helping students learn at their own level and pace for more than two decades! 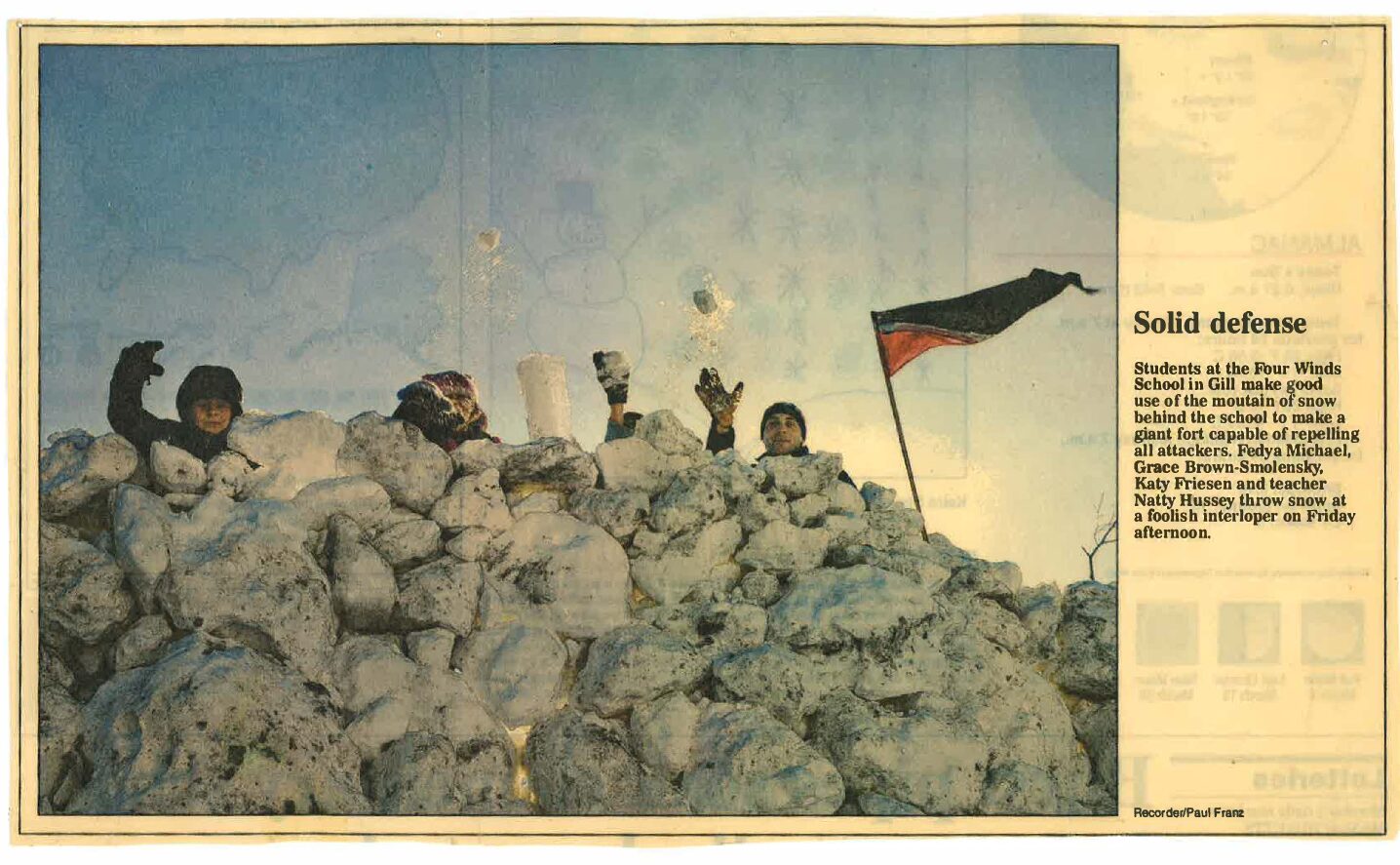 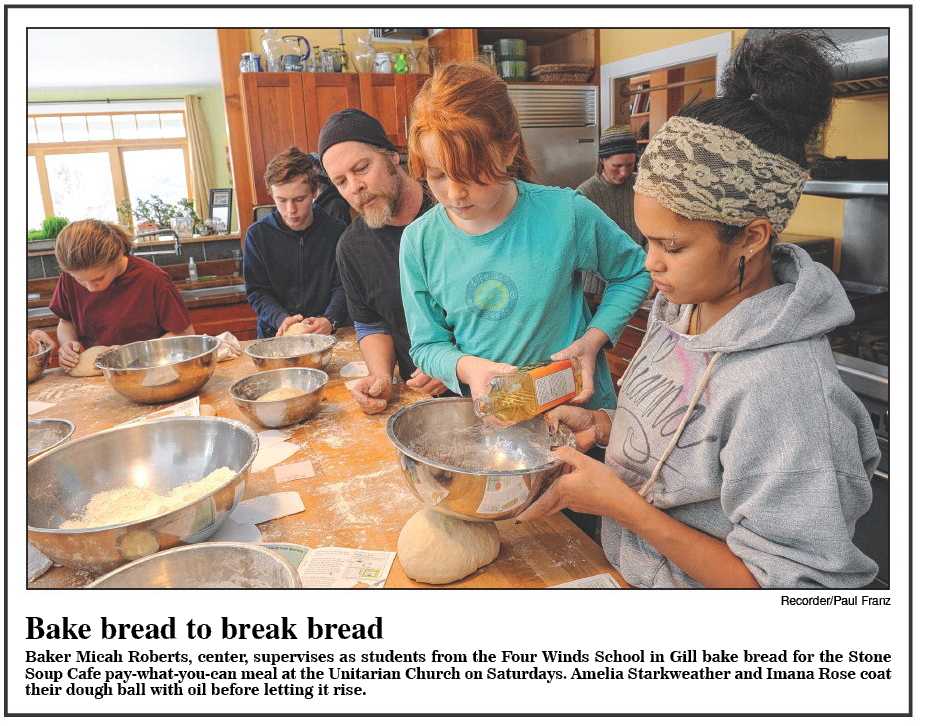 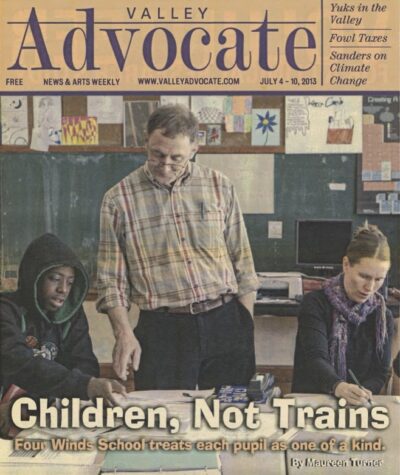 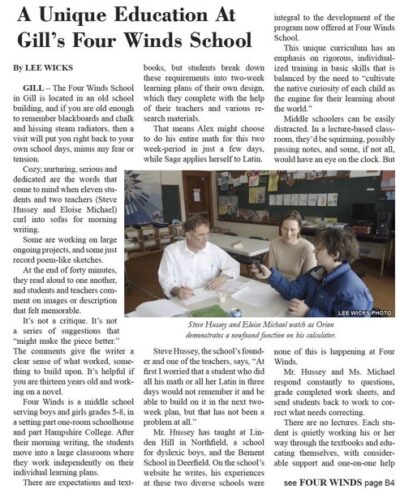 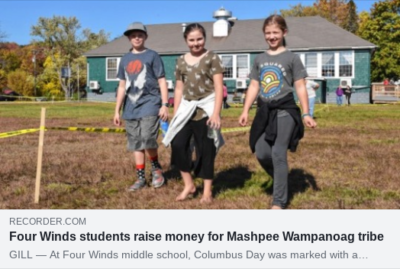 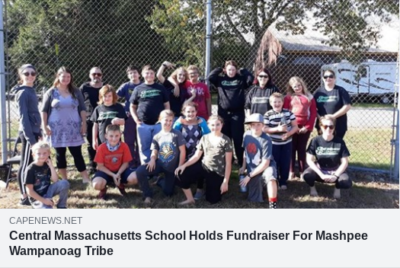 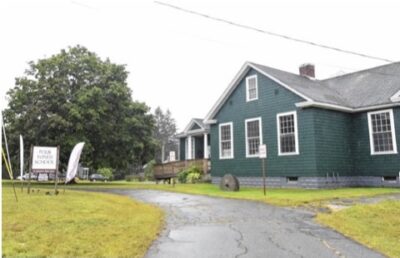 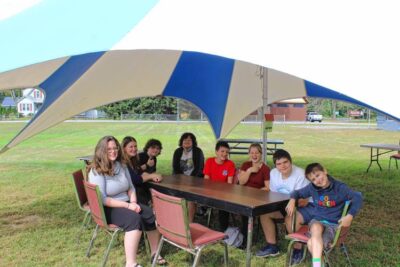 Check out the quarterly Gill Newsletter as well as our Facebook and Instagram pages to stay in the loop!